What is CAP SAC? 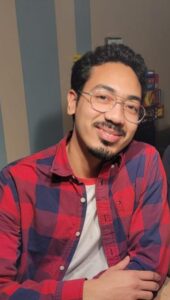 My name is Eduardo and I’m currently an undergrad at UBC! As of January 2022, I’m on coop in Germany researching topological insulators and the Anomalous Quantum Hall Effect. I like playing music, and playing foosball (not at the same time, although there’s a new hobby idea!). I’m also really good at skribbl.io.