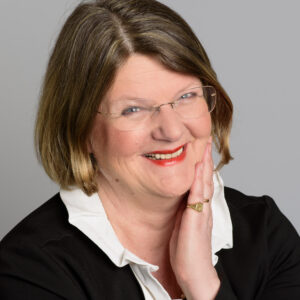 Bio: Dr. Petra Rudolf was born in Munich, Germany. She studied Physics at the La Sapienza, University of Rome, where she specialized in Solid State Physics. In 1987 she joined the National Surface Science laboratory TASC INFM in Trieste for the following five years, interrupted by two extended periods in 1989 and 1990/1991 at Bell Labs in the USA, where she started to work on the newly discovered fullerenes. In 1993 she moved to the University of Namur, Belgium where she received her PhD in 1995 and then quickly moved from postdoctoral researcher to lecturer and senior lecturer before taking up the Chair in Experimental Solid State Physics at the University in Groningen in 2003.  Her principal research interests lie in the areas of condensed matter physics and surface science, particularly molecular motors, 2D solids, organic thin films and inorganic-organic hybrids. She has published >270 peer-reviewed articles and 32 book chapters. She has guided 34 MSc and 30 PhD students to the successful defense of their theses and supervised 23 postdoctoral research fellows. Dr. Rudolf was the President of the European Physical Society 2019/2021 and of the Belgian Physical Society in 2000/2001. She was elected member of the Academia Europea, the German Academy of Science and Engineering and foreign corresponding member of the Academy of Sciences of the Institute of Bologna, honorary member of the Italian Physical Society, Fellow of the Institute of Physics, Lid van verdienste of the Dutch Physical Society and Fellow of the American Physical Society. For her work on molecular motors she received the 2007 Descartes Prize of the European Commission. In 2013 she was appointed officer of the Order of Orange Nassau by H.M. Queen Beatrix of the Netherlands.

Title: A PhD is not enough … – how to prepare for a career in academia 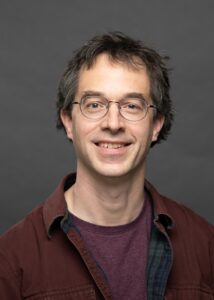 Bio: Dr. Ivan Booth is a professor in the Department of Mathematics and Statistics (cross-appointed to the Department of Physics and Physical Oceanography) at Memorial University in Newfoundland and Labrador, Canada. He did his undergrad in math and physics from Memorial (1995), graduate work in physics at the University of Waterloo (2000) and a post-doc at the University of Alberta. He started work as a professor at Memorial in 2002 and has since supervised many graduate and undergraduate students. His research is in general relativity with a focus on black hole physics. His hobbies include (and this is relevant to the talk) the martial art Aikido, baking bread and enjoying the Newfoundland outdoors.

Title: Things I didn’t know when I was a grad student 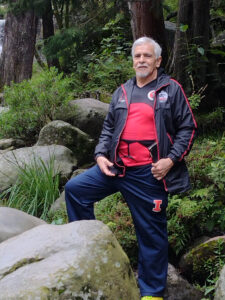 Bio: Dr. Darío Núñez Zúñiga did his bachelor’s in Physics at the National University of Mexico (UNAM) and Ph.D. at the Moscow State University, Lomonosov, former the Soviet Union. Since 1987,  he is a researcher in General Relativity and Astrophysics, at National University of Mexico, in the Nuclear Sciences Institute. As a member of the head of the Mexican Physics Society, created agreements with the National Institute of Native Languages, and were able to publish short news on Physics to 24 Native Languages, and continues to work on these lines.

Title: Sharing Physics with the national communities: Challenges and lessons 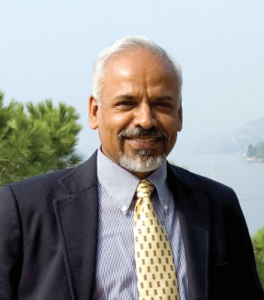 Bio: Dr. Katepalli Sreenivasan is a pioneering physicist, fluid dynamicist and applied mathematician – was also previously the director of the International Centre for Theoretical Physics (ICTP), Trieste apart from his other numerous accolades. He has worked closely with physicists across several countries, including Canada, Cuba and Mexico.

Title: The Impact of Abdus Salam – A Great Scientist and an Inspirational Humanitarian